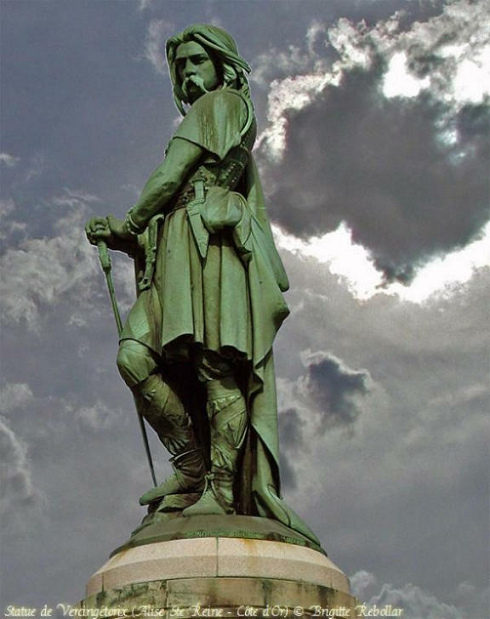 Catus Alessiâs “Battle of Alessia” – This was thought to take place on the 3rd of October, 52 BCE. That means on the applicable version of the Coligny Calendar, it took place on 17 Ogronios. The holiday was originally developed by one Deuognatos. BNG observes by the Coligny Calendar and not the Gregorian. As such, like any other holiday, the Gregorian date will differ year to year.

The Siege of Alessia resulted in the end of a Free Gaul, and the deaths of thousands, including noncombatants. This is, as one may imagine, a holiday of mourning for the great loss that shaped history ever after.

The focus here is placed on those who died at Alessia, and/or our Gaulish ancestors in a general sense. The next and very important focus is on She who carries away the dead in battle, Catuboduâ.

Associated Deity: Catuboduâ. As She that carries away the chosen dead, it is of little of any doubt She was present after such a monumental battle.

Activities: This is of course a day of mourning. One activity if and only if one’s body can handle it would be to hold a fast from sundown to sundown on this day. This is to remind us of the hunger Gaulish civilians felt being trapped between the lines of the battle. Between Gauls who could not feed their own, and Romans who refused to let them go. Such a fast can take many forms: either the abstaining from food, a fast on bread and water, or a modified form allowing just enough to eat to get by. Again such participation should only be considered if your body can handle it. Check with your doctor before considering to do so if you are at all unsure.

Otherwise, or also, this is a good time to read up and learn about the history of the ancient Gauls so that are not forgotten.

Finally, and what could easily be considered even more pious than a fast would be to donate food or money to your local food bank so that no one else knows the perilous hunger that those unfortunate souls felt.

(We gather for Catus Alisiâs)

(Queen of the Spear)

(Chooser of the slain)

(We give offering and thanks to you)